The Everest Training Platform is a revolutionary training and coaching platform for endurance sports.

Bill Bishop, Founder of Bishop Racing and CEO of The Everest Platform, is helping pro and amateur athletes get the most out of their endurance training plans.

As an athlete, Bill competed on many of the world’s stages as a competitive swimmer and ranked as high as 18th in the world during his career in his signature event. He has also established himself as one of the premier amateurs in long course racing, placing as high as 8th overall at IRONMAN Maryland and has competed in both the 70.3 and IRONMAN World Championships.

Where Bill has truly made incredible strides in the sport, however, is as a coach and founder of Bishop Racing. He’s had the opportunity to work with everyone from beginner athletes to Olympians in the sports of triathlon, road running, and swimming.

What sets Bill and his new triathlon coaching program apart is the commitment to excellence and an athlete-first approach to coaching.

Amateur athletes make up over 70% of the participants in the sport of triathlon. But the amateur community faces many different challenges than the professional athlete.

The Struggles Facing The Amateur Community

Amateur athletes and coaches face similar challenges. At the pro level, your entire life has been built around the sport and everything you do is tied to that. As an amateur, you don't have the access to the same triathlon training resources that the sport provides to the pros. At the same time that an amateur athlete is managing a full-time training schedule, they're also managing a full time job and probably a full-time family.

The amateur or beginner triathlete brings the same level of passion and dedication to the table, but the load these people are shouldering to pursue their passion is astounding.

So, Bill asks, "Why aren't we paying attention to what it takes to make this easier for those people and amateur coaches to build their businesses to build the sport?". Not only do the athletes face these issues, but amateur coaches are dealing with technologies and systems that don't make it any easier to effectively train. 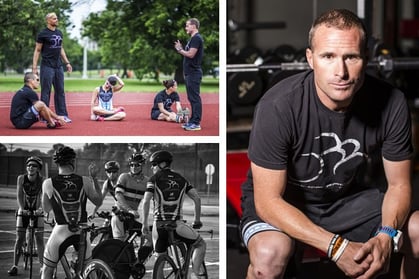 Right now, athletes and coaches are using electronic programs that give coaches the ability to write some workouts, send them to athletes, and have some analytics and data to track. But those programs are very heavy and manual. Not only that, but they use very generalized language like "zone this, heart rate range x", so the ability to provide the detail that an athlete needs for clear training is only able to be done manually.

It takes too much time to do the manage the software and not enough time to connect with athletes.

So, Bill created The Everest Platform, which is a triathlon training platform that is going to revolutionize how athletes in any endurance sport train.

Can't get enough Triathlon Bizcast? Check out our episode with Chuck Menke from USA Triathlon.

Reaching Your Peak With The Everest Platform

Bill realized there was a gap between what an athlete needs to train at the highest level and how to deliver that program, while also handling their personal and professional lives.

The Everest Platform introduces another way for coaches and athletes to interact, and it captures the story that isn't being told right now. But what is that story?

According to Bill, everyone has heard of "overtraining" but not everybody understands it. The reality of overtraining has to do with the balance in an athlete's life. The level of effort they have to put in the sport may not be the right balance for the effort they also have to put into the rest of their life. Not having the right balance can be catastrophic, and when the juggling act can hit the ground, it can majorly impact an athlete's life and well-being.

The Everest Platform is a state of the art workout and triathlon training software and is the first emotionally intelligent reporting system in the sport that works alongside effort intensity management.

The software allows coaches to see an athlete's satisfaction in training, as well as their mental well-being. 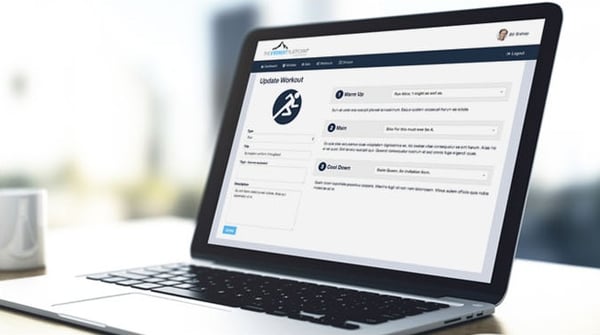 Emotional and Mental Health Are Just as Important As Phsyical Health

Having emotional reporting is hugely important because it helps track and create balance in recovery weeks, or even after a bad workout or race, which can be emotionally devastating to an athlete. According to Bill, "Everyone has a reason for racing, but you don't want to get into another sport that will give you another problem to deal with".

No one talks about how fatigue can damage your emotional and mental well-being as an athlete. Sometimes even just a recovery week is draining because athletes are so used to the grind of a hard workout that it can feel "guilty" to give your body time to recover. Men in the sport are especially susceptible to this kind of damage because they are taught to shove their emotions under the carpet.

That's it for this episode of The Triathlon BizCast. Be sure to listen to Bill's full episode to learn more about the passion behind his triathlon training and coaching and what's coming for The Everest Platform.