Episode 007: The 2018 USAT Regional Championship May Be Your Prettiest Race This Year

The St. Anthony's Triathlon is a powerhouse of a race (and it's not bad to look at either).

Named one of the Top 10 Great Destination Triathlons in the United States, the St. Anthony's Triathlon was also announced as the 2018 USAT Regional Championship

From Physical Therapist to Race Director

As a child, Susan enjoyed riding BMX bikes, which turned into a passion for biking. As her love for the sport grew, she ended up trying triathlons and has been involved with the sport for the past 30 years. That passion happened to turn into a new career path, as well.

What Susan described as a " right place, right time" situation, she and another coworker were asked to be the Race Director and Assistant Race Director for the St. Anthony's Triathlon.

Susan and her coworker left their careers as physical therapists and, from that serendipitous moment on, have been working with BayCare Health System as the Race Directors for the St. Anthony's Triathlon.

So, What Makes This Race So Special?

The event was recently named one of the Top 10 Great Destination Triathlons in the United States by Compete Tri and as one of the 5 Bucket-List Olympic Distance Triathlons in North America by Triathlon Magazine Canada.

Known as a destination event, the premier race attracts a wide range of professional and amateur athletes including Olympic gold medalists, Ironman World Champions, and in some years, celebrities.

This year's pro attendees are already stacking up with a strong roster. For the women, some of the notable names include the past 3 race winners, Lauren Goss, Alicia Kaye, and 6-time winner Sarah Haskins. The men's roster includes Cameron Dye and Rudy Von Berg. 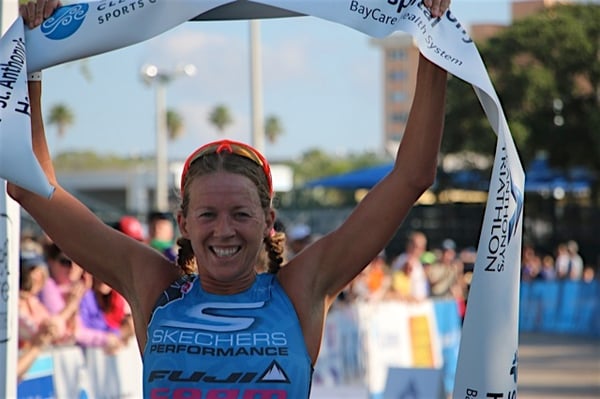 The 35th annual St. Anthony’s Triathlon will take place on April 29, 2018 with approximately 3,000 athlete participants competing over the race weekend. In its 35th year, this race rivals many of the iconic West Coast races as one of the oldest established, continuous races in the country. Because it is such an early season race, it is known for having a strong field year-in and year-out.

The St. Anthony’s Triathlon is also making some exciting changes to the event by extending the Sports and Fitness Expo from a two-day to three-day event. For kids and beginners, the Meek & Mighty Triathlon takes place on April 28, and the main race, for both Olympic and Sprint distance races, is on April 29. The playing field is pretty evenly spread, too, with participants from ages 6 – 90. One of the female athletes just recently celebrated her 90th birthday, what an inspiration.

Can't get enough Triathlon Bizcast? Check out our episode with Chuck Menke from USA Triathlon.

The Heart Of It All

Behind every race is a dedicated team of volunteers and St. Anthony's Triathlon is no different. Since the run of the triathlon in 1983, volunteers have been a critical part of putting on a successful and fun race weekend.  The crew behind this race brings in an incredible amount of expertise and makes the race look so smooth and organized. Something that doesn't go unnoticed by the athletes at the event, who are all given the VIP treatment, regardless of age or experience. 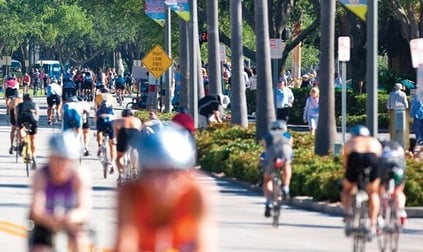 Not only do the volunteers help create an amazing race experience for the athletes, but volunteering gives you the best seat in the house for watching the race. It's also one of the best things to do for people interested in racing in a triathlon. Volunteers get a first row seat to the action AND can be stationed at an area that they specific worry or wonder about, like the transition area.

Another Title For St. Anthony's Triathlon

Not only has the St. Anthony's Triathlon been a powerhouse race with a pretty face, but USA Triathlon (USAT) has selected St. Anthony’s Triathlon as a 2018 Regional Championship Race and as the 2018 Southeastern Regional Championship Race.
The race was selected because of how many different people come out to the event. Susan said that they have over 40 states and 11 countries participating. The volume of registrants and the feeling of competition really make this race exciting.
That's it for this episode of The Triathlon BizCast. Be sure to listen to Susan's full episode to learn more about the race and just what makes it so special. If you're interested in registering for the event, click here.  Be part of the conversation around the race by using the hashtag, #StAnthonysTri. 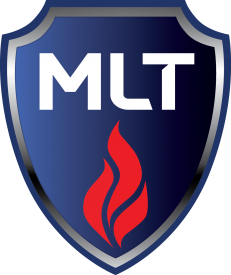 Episode 013: These Sprint Triathlons Are Creating A Spectator Sport