[OPINION] INBOUND Conference 2017: Bringing Women in Digital to the Limelight

I spent this past week at the INBOUND conference with one of NR Media Group's junior associates, Evan Schultz, and we spent a lot of time with one of our clients, another super awesome lady.

For anyone who has ever been to the INBOUND conference, you know that it just blows your marketing conference expectations out of the water. As I was the experienced INBOUND-er in our group, I tried to prep these wonderful ladies for their first INBOUND. My advice was:

What I didn't prep them for, and what I wasn't prepared for myself, was to get this crazy #feminist high from the INBOUND conference this year.

I really don't feel like I can preach too much about adversity. I'm a white millennial who managed to make it through college and get a job in my field right out of school. I work for a start-up with a millennial employer who thinks my tattoos are cool, not #unprofessional. I scrape together enough to pay towards my student loans every month, and I've never faced any sort of hate for the color of my skin, or how I wear my hair. I can't complain.

When I was a kid, I was often called 'bossy' by the adults in the near vicinity who caught me trying to explain to the other kids why they shouldn't eat dirt or the best way to swing on the swings. As I've grown older, 'bossy' has transitioned into 'intimidating', but the message is still the same: "Why do you feel the need to share your viewpoint with me/others?"

As I've transitioned into my career and worked with people who have welcomed my viewpoints instead of feeling threatened by them, I've started to realize that the discomfort that I felt when being called 'bossy' by the surrounding adults had nothing to do with me personally. It had everything to do with the cultural conditioning issues that women and 'minorities' face every day.

I, personally, have been blessed with a very inclusive work environment. As you would see if you visited the About page, NR Media Group is two-thirds women, because we hire hustlers.

Overall, though, the digital marketing space still has a LONG way to go towards inclusiveness. This was never more clear to me than when I attended a panel of HubSpot Diamond Partner CEOs, and of the 8 CEOs up on the stage, 1 was a woman.

Not a half, or a third, or even a quarter, but one eighth of the CEOs on that stage of the top HubSpot Partners were women. And don't even get me started on other 'minority' representation.

But I think we're moving in the right direction. The INBOUND conference was full of woman power, and I got goosebumps in more keynotes than I ever have before. Without being asked (although let's be real, they shouldn't need to be asked...) HubSpot made an effort to represent all the women out there who are making incredible strides and doing incredible things in the digital space.

Three Keynotes at the INBOUND Conference That Stuck

Obvs. I'm still struggling with the fact that I was IN THE SAME ROOM as this woman. She was anything and everything I could've dreamed my #womancrushwednesday would be. She was strong, and opinionated, and unapologetic. She was like, hey FYI, I was a super successful lawyer and activist before I was the "First Spouse". And we were all like "YASSSS QUEEN!!!!" Seriously, I had goosebumps the entire keynote. And she dropped what was my favorite quote/idea of the entire night (paraphrased):

One of the reasons why I think this spoke so loudly to me was that it was 100% applicable to me, as an introverted woman who sits at the table with C-level male executives on the reg. I was like, "I do that all the time!", and I'm sure other women in the room had the same reaction. But to be fair, I also have a lot of perfectionist issues that honestly need a little less Michelle Obama and a little more therapist help, but...

This woman snuck up on me. I was not necessarily waiting at the edge of my seat for her keynote, at least not on the level that I was for Michelle (because, you know). But she was amazing. She walked onto the stage in a bright red, fashionably-cut, power-suit that just happened to match the background of her presentation, OWNING that room.

She talked about her impostor syndrome and how she'd almost quit after founding Refinery 29 because she didn't feel like she belonged in those rooms, talking to those people. She talked about the ways that she fostered creativity and out-of-the-box thinking with her teams. She talked about how broken the current creative space was; how hard it was for Refinery 29 to foster their inclusive, representative brand when all the stock photography they could find was of clean-cut white people and the instant rejection of 'different'.

My big takeaway from Piera:

"If it doesn't fit, tailor it to fit you". -Piera Gelardi #INBOUND17 #BossInspo

^^^This quote is now my desktop background. You can download it here if you want it to be your background too. Photo credit: Sarah Tsai

So, I know Rand is a guy. But A) Feminism. And B) His spotlight was primarily centered around how much we allow cultural conditioning and 'the norm' to affect our marketing. i.e.: clean-cut white people as the primary subject of stock images.

He had some really great tips on how to improve SEO, and how to look at SEO differently in 2017, and beyond. We need to continue to leave 'the box' behind and test and iterate and look past the norms, even as we address SEO.

He talked about how when Moz first started "Whiteboard Friday" in 2008, it was their worst performing blog post, every week, without fail, for months. And by analyzing it's trajectory, how fast it was growing, and constantly testing different images and copy, it is now their top-performing post every week, and one of the things Moz is best known for. Classic example of how being too reactive could really screw you in digital marketing.

He also had a stellar quote that I endeavor to live every day as a 'bossy' and 'intimidating' manager:

Also, he was rocking that shirt, and for those of you who can't see around the blazer, or the fuzzy, Snapchat-quality, it says "Nevertheless, she persisted".

Digital marketing, marketing, digital, business in general, still have SO FAR to go. Minority groups are still severely under-represented in all of these spaces.

But I have NEVER felt so empowered to be part of a specific community as I did this past week at the INBOUND conference. And I'm not saying that HubSpot is an organization to necessarily be modeled after in this respect either. Maybe they just read the signs in the stars, or actually listened to their PR team saying that women in digital marketing is the new 'it' thing.

I DON'T CARE why they did it. I honestly don't care why they brought in Michelle Obama or Piera Gelardi. What matters to me is that they did. And with more than 10,000 marketers in attendance, there are that many more people who understand what a woman in digital marketing can do.

Small plug here: If you're a woman in digital who was feelin' it this week at the INBOUND conference and wants to feel that more often, or if you just want a space where you can be empowered, check out Women in Digital. They have a conference coming up in October, and also offer a membership that gets you into a peer group in a city near you, as well as a nationwide Slack channel of all women in the digital space. Get it girl. 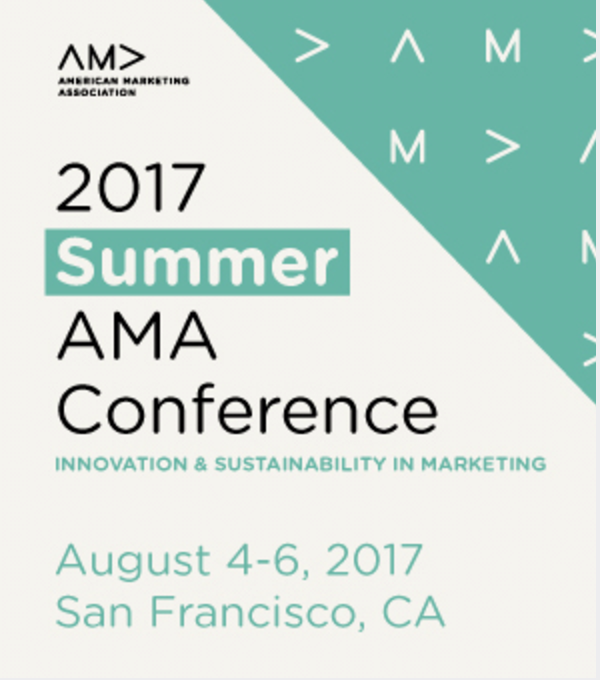